Years ago I wrote a simple random quote script in PHP to put on a website. I ran across it the other day and I thought I would share it with the world. 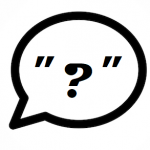 All you have to do is add or remove quotes from the PHP array to edit it. The tricky part is to make sure you put a backslash in front on any apostrophes or the script will crash.

Here is my simple script and I will even throw in 39 quotes to get you started!

Now save the script somewhere on your website. After that, you just need to include where you want it on one of the pages. Now when you load it will add in a random quote. In this case, I saved the script as randomQuote.php into the root folder of the website.

Now the page will load and the script will pick a random quote.

If you would rather just download the script file you can do that here.

Help me fix any errors.

I have used this script for years so code wise I do not think there are any errors. But with the quotes, I am not 100% sure. I attempted to make sure all the quotes here were right and attributed to the right person. If you see any errors please let me know so I can correct them!